Thanksgiving, Christmas Tree and other Things

I have one more day left on my job. It's been nice getting out of the house and getting a paycheck again. But I'm ready to be off for the holidays now and hopefully will be able to find something part time after the first of the year.

We don't see the geese at our bird feeder much anymore. Usually we get a visit every day but now it's several days in between. We did have these guys come by the other day though. 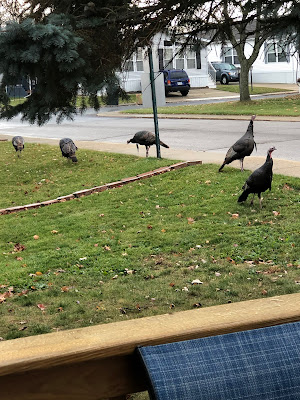 Wild turkeys! They are much shyer than the gees are and immediately started to walk away as soon as I opened the door! They are huge! There are 5 of them and I count them every time I see them in the park. I'm expecting a few to go missing the closer we get to Thanksgiving!

Rich and my son Chris have been hunting since last Friday. They are coming home today. I took this time by myself to get the Christmas tree up.

I originally planned to use a child size Santa hat for the tree topper but immediately did not like it when I put it up. 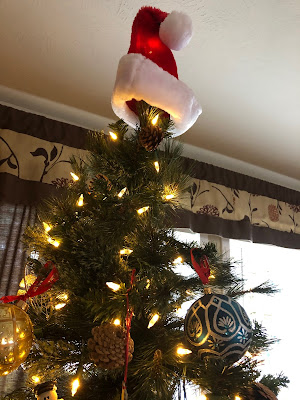 The boys will have nothing to do with wearing Santa hats so I think I'll finding something decorative to do with it. There are quite a few good ideas in Pinterest. Stay tuned to see what cleverish thing I come up with!
I decided to use this stuff instead of garland on my tree this year. 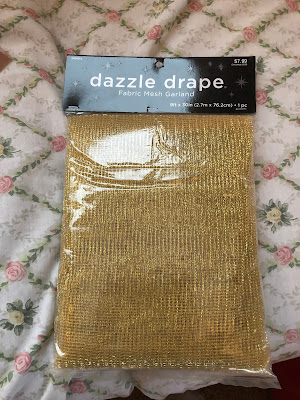 It's nice but a little annoying to put on as it snags on the branches. Plus I bought two of them and had to go buy two more to get enough to go around the tree a few times.  Note to self: Next time put the garland on before you put the ornaments on so you are not constantly knocking them off!
Anyway, here is the finished tree. 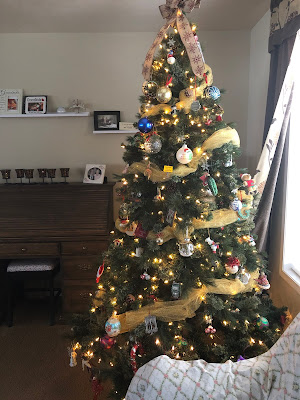 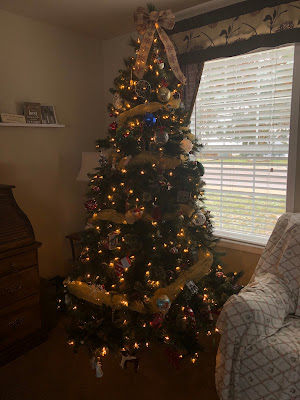 I'm happy with it. It definitely looks better in the dark where the lights reflect on the gold garland. Plus I need to dig out my tree skirt. It looks naked without it!
Shauna and the boys came over to help decorate. Maxwell helped for a minute and hung about three ornaments before he lost interest and Levi wasn't interested at all! They were more interested in playing with the monster trucks their Uncle Chris bought for them! 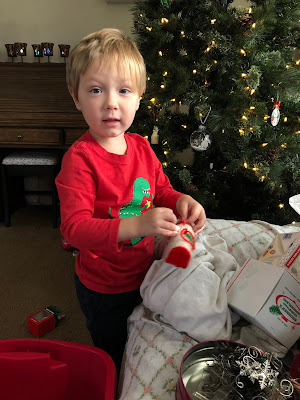 Maxwell just wanted to know where the presents were that are supposed to go under there!
Finally, my Thanksgiving cactus is blooming like crazy! I have never seen so many blooms and so big!! 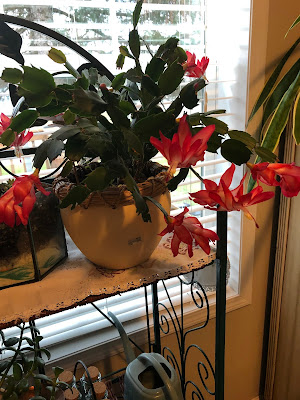 Kind of crazy but definitely fitting for this year!
We are having 11 people at our house on Thanksgiving. The governor is shutting some things down again here in Michigan or 3 weeks to hopefully flatten the COVID curve again. Movie theaters, indoor dining in restaurants, casinos, bowling alleys, and asking people to not have large gatherings for the holiday. We will be taking every precaution including wearing masks and keeping as much of a distance we can. Considering last year we had 25 people in this house this is a small gathering!
Until the next time...stay safe and well my friends!

Halloween and Other Things

We did not pass out candy on Halloween. Actually, we haven't passed out candy for several years. When we lived in our other house the family room was in the rear of the house and it was a nuisance to keep running to the front of the house when the kids came. Plus the doorbell would freak the cats out! We only ever got a handful of kids when we did pass out candy anyway.

Since we moved two years ago we have spent Halloween night at Shauna and Brads so we could go with the boys trick or treating.

They usually only bring them to the few houses that are within a couple blocks of their house. This year most people had the candy out on the porch or on a table in the driveway so the kids wouldn't have to walk right up to the house. 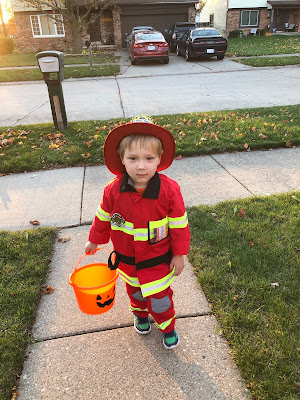 They were both the cutest little fireman! 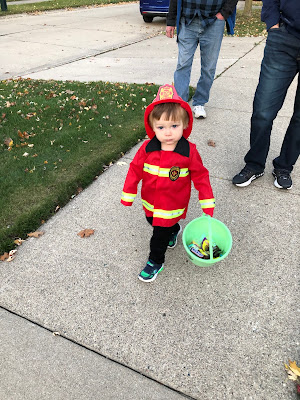 It was fun and they were professional trick or treaters!

My friend and I went to Hobby Lobby because they are having 50% off of their Christmas decorations.   I know, its early! But we couldn't resist!

I bought this snowman for my collection. 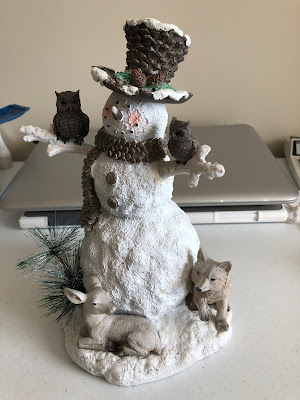 I love that it has the animals on it and I couldn't walk out of that store without it!

I also bought a small child size Santa hat. I saw few pictures of Christmas trees with Santa hats as the toppers and I want to try it! If I don't like it I will just buy another one and give them to the boys to wear!

Speaking of Christmas trees for the first time I am putting mine up before Thanksgiving! We are hosting a few people that day and I want to show it off! We don't have a lot of people over for Christmas and I want some people to appreciate my hard work!

This year has been so different and somewhat depressing so I want to try to be extra festive for the holidays!

Lastly, there was a white duck hanging around with the other ducks at work the other day and I don't think I have ever seen one before. 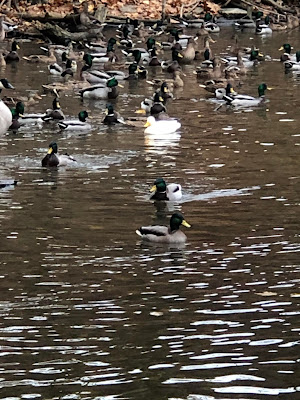 Only three more weeks left to work. They have already cut their hours down and I am only scheduled for about 15 hours this week. Pretty soon I'm going to have to figure out what else I can do for a little extra income!

Until the next time stay safe and well, my friends!