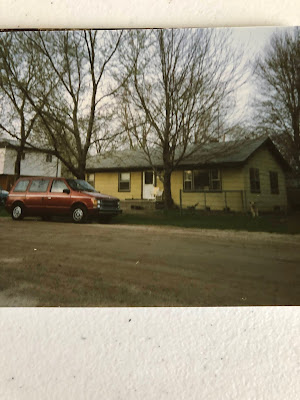 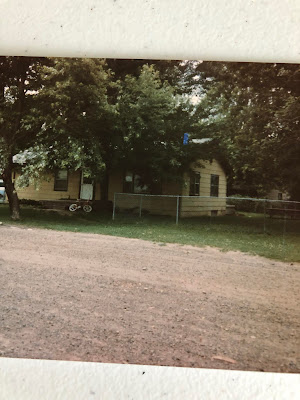 It was a small, 1125 sq ft ranch with 3 small bedrooms, 1 bathroom, no basement and it was on a pie-slice shaped lot so most of the yard was on the side of the house. 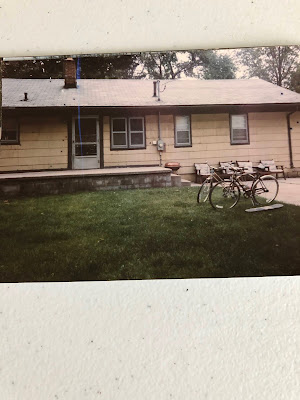 It was only intended as a starter house but we ended up living in it for 21 years. We raised both of our kids in that house, and the great neighborhood it used to be.

Sometime during those years we replaced the ugly baby-poop colored asbestos siding with vinyl siding in a light grey. 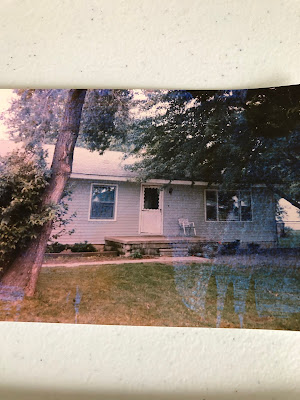 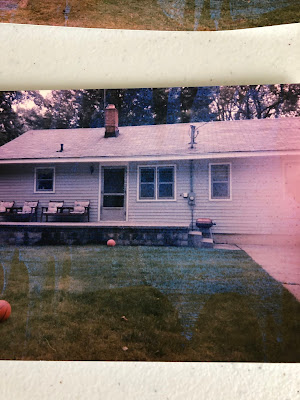 We rarely had any extra money during the time we lived in that house so improvements were few.


We knew we wanted to sell it as soon as Shauna graduated from high school and as that day got closer we did what we had to do to make the house sellable. 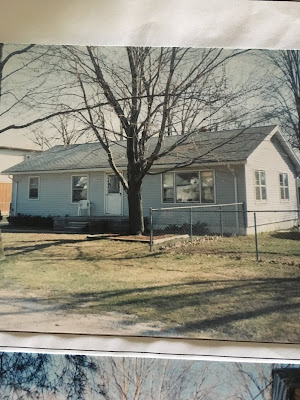 This is what it looked like in early 1999 before we sold it in August.

From what I heard from the people that lived next door (and still do) the couple  we sold the house to lost it to foreclosure about 5 years later. The house sat empty for a long time and then finally sold for $25,000, less than we bought it for back in 1978.

Whoever bought it had to put a ton of money into it because from sitting empty for many years the walls had molded from the damp crawl space.

Then it was a rental for a while and a few years ago it was finally sold again, but I'm not sure for how much.

The neighborhood is not like it was when we lived there.

Anyway, the people who own it did a beautiful landscaping job. It doesn't even look like the same house! 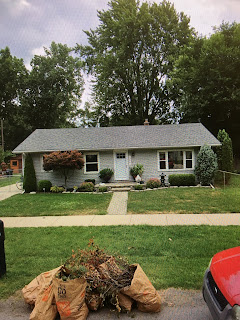 I took this picture off of Google Street View because I didn't want to stop in front of it and take a picture!

I'm impressed! I would love to see the inside. Maybe some day I'll get brave enough to go knock on the door!

Until the next time!!

It's a cute little house and it holds a lot of memories for your family. They did do an awesome job with the landscaping. I'm horrible at stuff like that and my house really has no curb appeal at all.

Each house as a story. Nice to hear about your first home!
My husband was in the Navy for 20 years and we are now living in house number 13 and we hope never have to move again! : )

Such wonderful memories, you had a lovely first home.