Take Me Out To The (T) ball Game

My son Chris was in town this week. He flew in on Tuesday and left on Saturday night.

He specifically came here to see Maxwell's one and only T-ball game. He was here for the practice on Tuesday and for the big game on Saturday morning.

Of course, because you  can't count on Michigan weather for squat it was rainy and cold for Maxwell's game. They played 3 innings anyway and it was pretty cute if not a little uncomfortable. 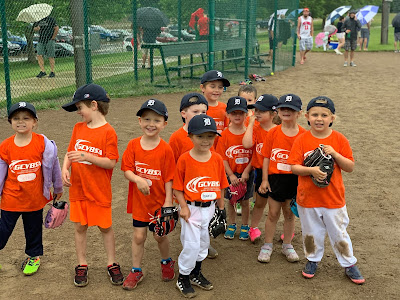 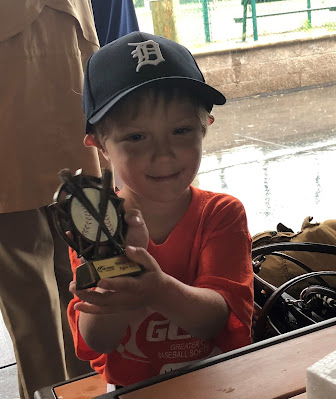 Here he is with his team (in front with the white pants) and with his little trophy!  Although he struggled a little with being so shy he says he'll play again next year. The league is for 4 and 5 year old's so he'll be at the upper age and also will have a year of pre-school behind him.

We also had a graduation party to go to and it stormed off and on the whole time! Luckily they had a big tent we were under! 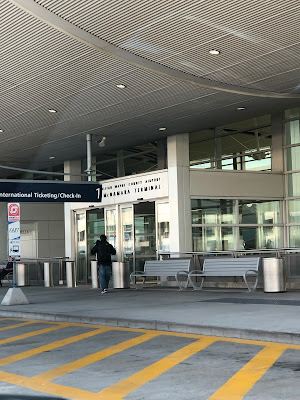 Then we dropped Chris off at the airport for his 9:00 flight back to New Hampshire. It's always a little sad and quiet at our house for a day or two when he leaves. Luckily we'll see him again for our family vacation up north!

That was it for my week!