Here is some of the things I've discovered while scanning old pictures.

Even though the purpose of scanning them is to get rid of them and the photo albums they were in, I am unable to actually throw 99% of the pictures away! I keep throwing them in a big one of those plastic shopping bags you can get in any store! When I'm finished it's going to be pretty full and then what?

Not all of the pictures bring back happy memories! When I come across one that reminds me of something or some time in my life that was less than happy I usually tear it up and throw it away without scanning it.  Get rid of the picture and hopefully get rid of the memory!

When I scan a picture I can then edit it which is nice. I can lighten them up and make it clearer. It works great on these old pictures!

I'm really impressed with my 16GB USB that already has hundreds of pictures on it and has only used a fraction of the memory it has! 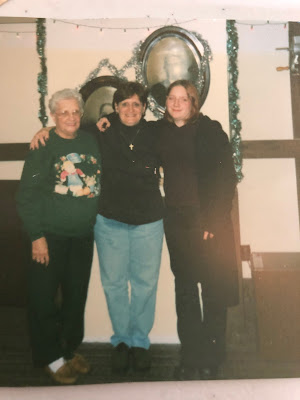 This is the only picture I have of me, my mom and Shauna. It was taken in 2001, at the last Christmas we had at my parent's house. My mom passed away the following September. 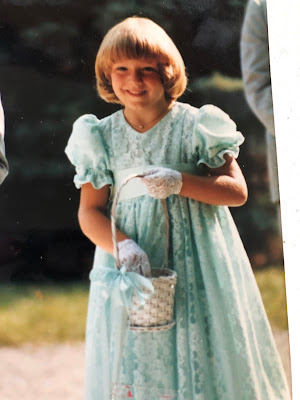 This is Shauna when she was 6 years old and a flower girl in a friends wedding.  I had her dress made by another friend who took a picture of the bridesmaids dress and made a little girl replica of it! The day of the wedding it was pretty hot outside and Shauna was complaining all the way there in the car that she was hot didn't want to be a "bwidesmaid!" She did really well though walking down the path and very carefully dropping the flower pedals as she went!

And because it's been a while here's my two favorite guys in the world! 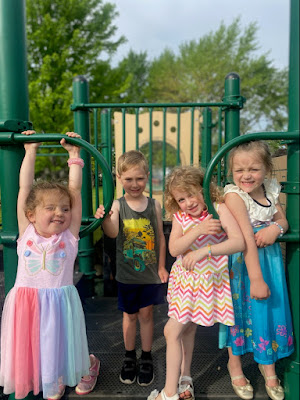 Maxwell went to his first birthday party for a school friend. All his little friends in school are girls! 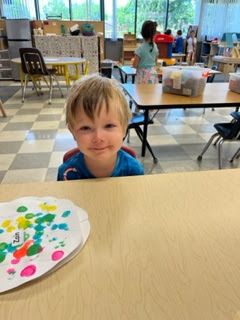 Levi's teacher regularly sends pictures of the kids to the parents! Levi sometimes gives Shauna a hard time before going to school and she has to literally pick him up and put him in the classroom! Then she gets a picture like this a few minutes later!

That's all for the moment. I'll be back again with more old pictures to share!

Until then stay safe and well my friends.