Well, looks like you are going to be getting a lot of posts about old pictures that I am scanning!

I thought I would show you the first cat we ever owned. 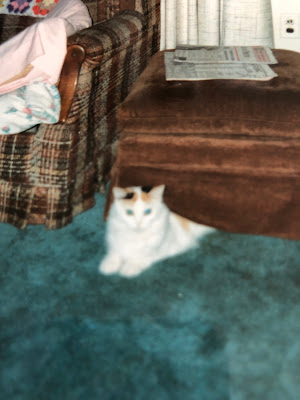 She was a long-haired white calico named Stacy. We got her when she was 5 years old from a friend of a coworker of mine.  The friend and her husband were both doctors and worked long shifts. Stacy was lonely even though she had other cats in the house. She loved being around people and so her owners thought she would be happier in a house with lots of people and activity!

We tried to keep her isolated in Shauna's room for the first week we had her because we also had a german shepherd mix dog named Missy.

But Stacy was having none of that and scratched at the door until we relented and let her out!

She adapted pretty well to us, or I should say she allowed us to be in the same house with her! 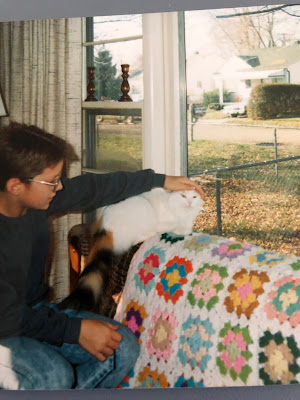 We also learned that cats pretty much go where they want! 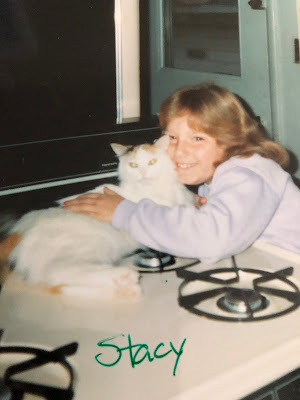 Yes, she is laying on the stove!  Good grief!

It's didn't take her long to find these guys either! 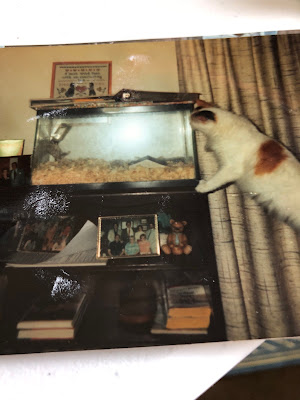 We had a couple hamsters at the time and Stacy's favorite past time, if she wasn't picking on the dog that is, was to try to see a way she could get to them! 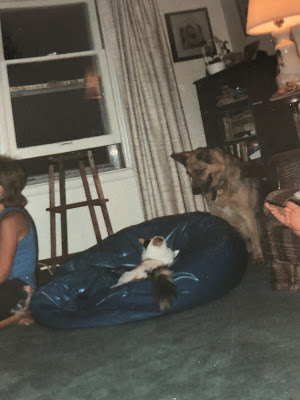 Speaking of the dog Missy, the cat was not at all intimidated by her and quickly let her know who was boss! Missy was a gentle dog though and would not have layed a paw on her!

She really was a pretty cat and she lived to be 16 years old.  After she passed away, I gave some pictures of her to my mom and she made me an exact replica ceramic cat. 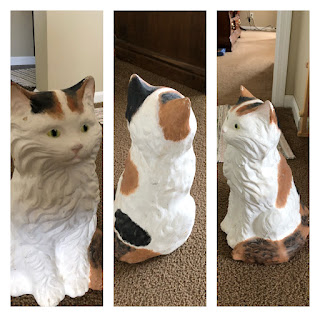 She was a wonderful cat and started our love affair with cats. We've had 7 different cats through the years including the three we still have now.

On my next post I'll tell you about Tori, our cat that actually used all of her 9 lives!