Birds of Prey and Such

Last week I saw an advertisement for something called a Hawk Fest that was being held at Lake Erie Metropark about 45 minutes away from us.

I thought it sounded interesting so on Saturday, I packed us a picnic lunch and we headed off.

It was being sponsored by the Michigan Hawking Club. Who knew there was a Hawking Club? Here's what I took from their website:

The Michigan Hawking Club is a non-political, non-profit organization whose purpose is preservation of the sport of falconry and conservation of birds of prey.

The goals of the MHC are…

Here is a description of the sport of falconry.

Falconry is the sport of hunting wild game in its natural state with a trained bird of prey (raptor).

Falconry in various forms has existed for thousands of years and has been practiced by many cultures around the world. It is believed to have started somewhere in Central Asia and has spread from there.

The care, training, and hunting with a raptor cannot be considered the same as keeping a pet or any other domestic animal. This sport is extremely demanding, time consuming, and could even be described as a lifestyle. It requires A great deal of knowledge, skill, and commitment in order to be successful.

So, think what you may about this sport. I suppose you could be against trapping them to use for something like this and I'm not sure exactly what I think about it. From seeing these birds and listening to the owners though I can see they are well taken care of.

We just went there to see some of them up close! 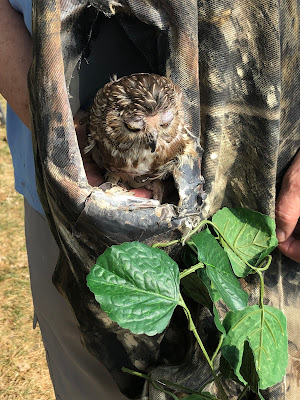 I'll start with the smallest. This is a Northern Saw-whet owl. It was so cute! And only about 8 inches tall! You can kind of see the keeper's hand the bird is perched on. 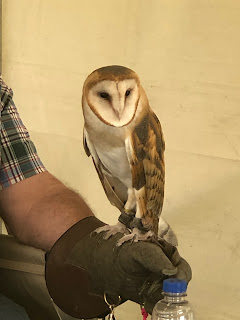 This little barn owl. So cute and maybe about a foot tall. 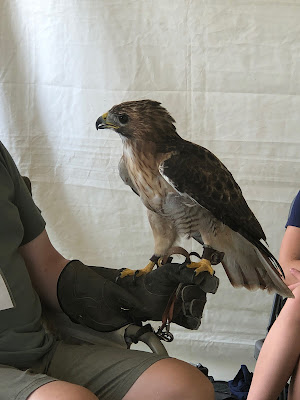 This is a red tail hawk. We see enough of those flying around here and sitting in trees but to see one up close was pretty cool! You can tell how big he is, too, and look at his fierce looking face! The keeper said his diet consists of mostly squirrels and when they dive, they only get their prey 20% of the time. However, I can personally attest to them loving doves, too, considering the pile of dove feathers we occasionally find on our lawn! 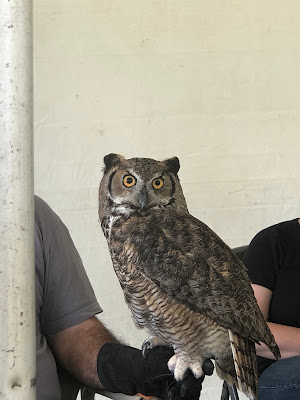 The biggest bird there was this Great horned owl. He was magnificent! The keeper said their diet mainly consists of rabbits and they catch their prey 90% of the time! One time we heard one hooting in the pine tree outside our front door, but by the time Rich got a flashlight he had gone to a tree across the street!
When someone asked if the hawk would kill the owl the keeper said the owl would kill the hawk! He said that if he carries the hawk past the owl's enclosure the owl starts screeching like crazy!
I was hoping they would have a bald eagle, but they didn't. I was also hoping to be able to hold one of them, but they didn't allow that either!
Oh well, it was fun to see them anyway! 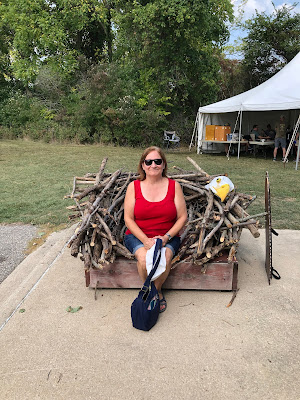 Here I am sitting in a full-size model of an eagles nest!
After a while we drove to a picnic area and had lunch. 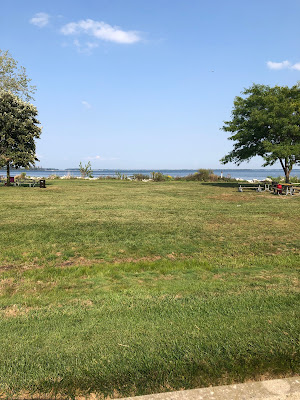 Then we did a little metal detecting after making sure it was allowed and getting a permit! 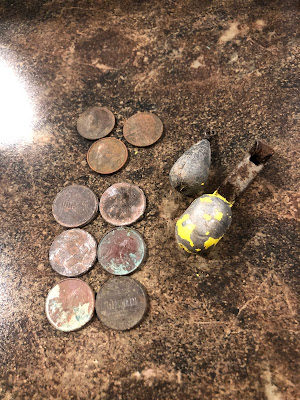 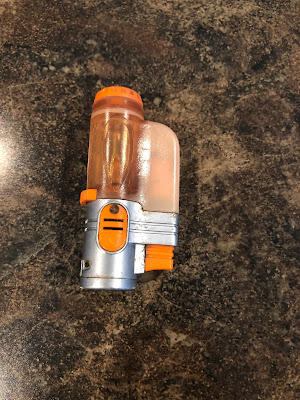 We found 3 dimes, six pennies, 2 sinkers and a vape!
In other news: 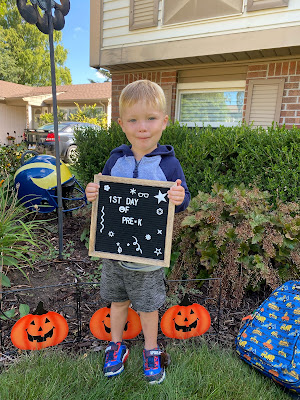 Levi was able to start Pre-K a little early instead of waiting until he turns 4 on the 27th. Shauna has time for herself now Monday-Thursday from 12-3!
I'll leave you with ponderings from Maxwell. 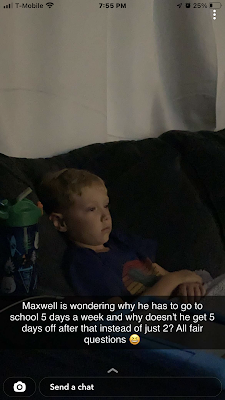 Look at that little pouty face!
Until the next time stay safe and well my friends!