It's beginning to look a lot like Spring around these parts! The sun is warm and the temps are warming up daily! It's nice to open the windows once in a while now!

About a month ago we traded in my 2008 Dodge Avenger for a new Chevy Equinox. I felt a little verklempt when we walked away from it because in all my driving life, that had to have been my all time favorite car! It was peppy, loaded with all the extras and to me represented a better, more lucrative time in our lives. I loved it and drove it for 6 years until I got a new car. Then Rich drove it for a few more years but it was definitely showing it's age. 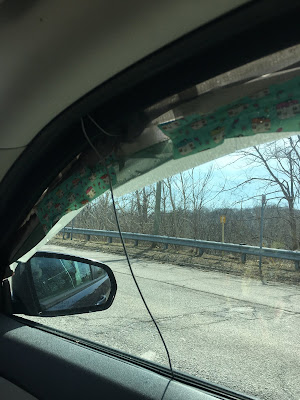 The passenger side window would't go up anymore and Rich duck taped it shut! 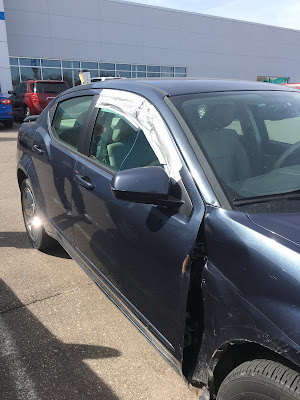 It got into a fight with a gate at Rich's work one day and lost! Seeing as it was paid for we didn't have good insurance on it so it never got fixed! 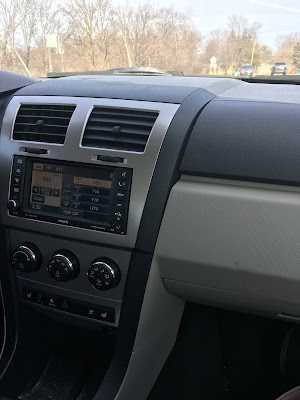 The leather seats were cracked and falling apart and the motor was showing signs of needing some work. 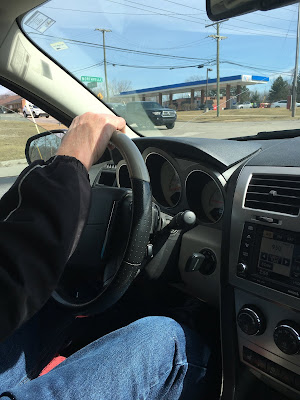 So we said goodbye and got this instead. 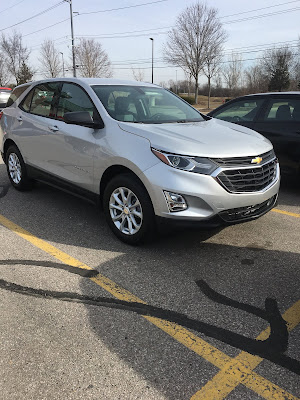 It's nice but it's no Avenger!

A few weeks ago we drover to Tawas and spent the day with my brother Tom and SIL Debbie at their trailer. We walked a lot, ate a couple good meals and then headed home after dinner. 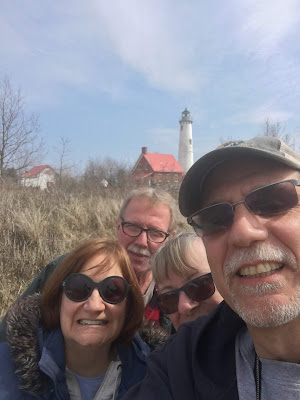 Other than that we've haven't done much. We did take a short anniversary trip in March which I'll tell you about in a later post.

Rich started driving for Uber Eats a few weeks ago to get out of the house and make a little bit of money. So far he likes it! He even got a little thank you package from one of the McDonalds he delivers for! 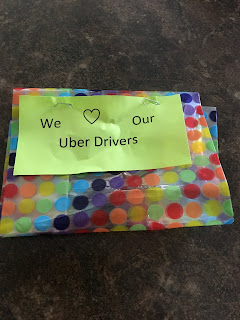 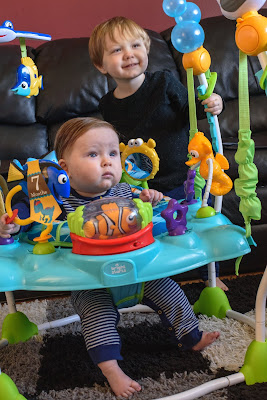 Levi is 7 mos old already and Maxwell is talking up a storm! He calls me "Nonnia" and Rich "Bonk" for whatever reason! It's completely adorable!

Until the next time!
Posted by Jeanette at 2:57 PM

Now That’s what I call, getting your moneys worth!!😂
I drove my Jeep for nine years before transmission troubles started. Now in a 2013 GMC Terrain for the last six years. Good car.
Love the babies...💗
Hughugs

I love your babies! They're both adorable, and hopefully will be best friends. Love your new car!

It appears, my friend, today marks TWO months you have been missing in action here on your blog. It would behoove you to make a post else I will be in withdrawals not seeing those two beautiful, sweet, cute grandson's.

Your buddy who is getting older by the day. :)