Last Friday I went to a bunch of Estate Sales.

I won't bore you with all the details and none of the houses were really remarkable, so I'll just show you a few things I thought were interesting. 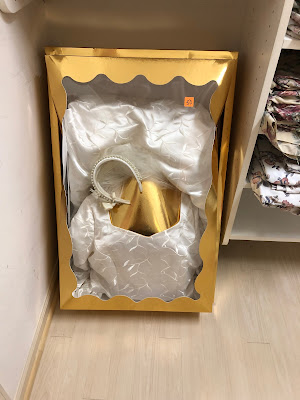 They were selling this preserved wedding dress for $50. Not sure what year it was from, but my guess is probably in the early 70's. 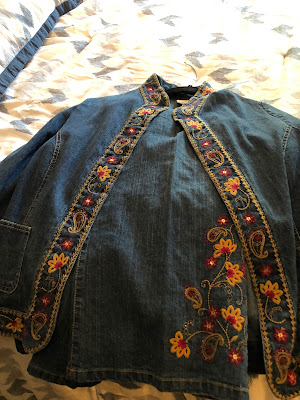 One of the houses had several closets filled with clothes like these two suites above. For $20 you could get as many clothes as you could cram in a brown grocery sized bag. I passed. 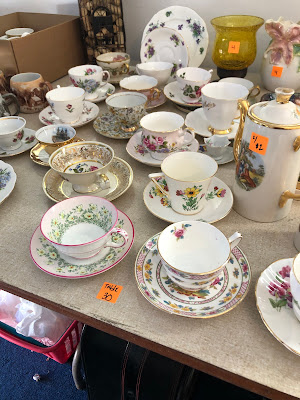 One had a table filled with these teacup sets. I used to have a bunch of them a long time ago and displayed them on a shelf that my dad made for me. I still have the shelf but the teacup sets are long gone! 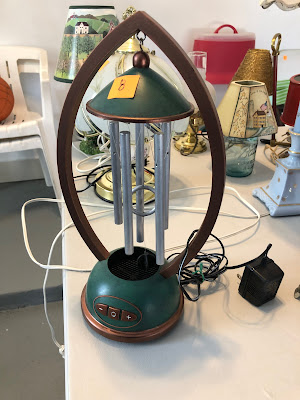 I was something I've never seen before. An automatic windchime. I didn't buy it because I don't need it and didn't want to spend $8 on it. However, I changed my mind and went back to the sale the next day when everything was 50% off.  I thought the boys would get a kick out of it and it would only be $4. But it was gone! Oh well! 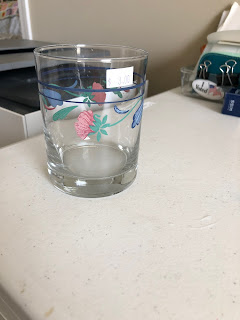 I did end up buying this glass though for $1. I just thought it was pretty.

Next post I'll tell you about some scarecrows and a tribute to a famous Plymouth dog.

Until then stay safe and well my friends!